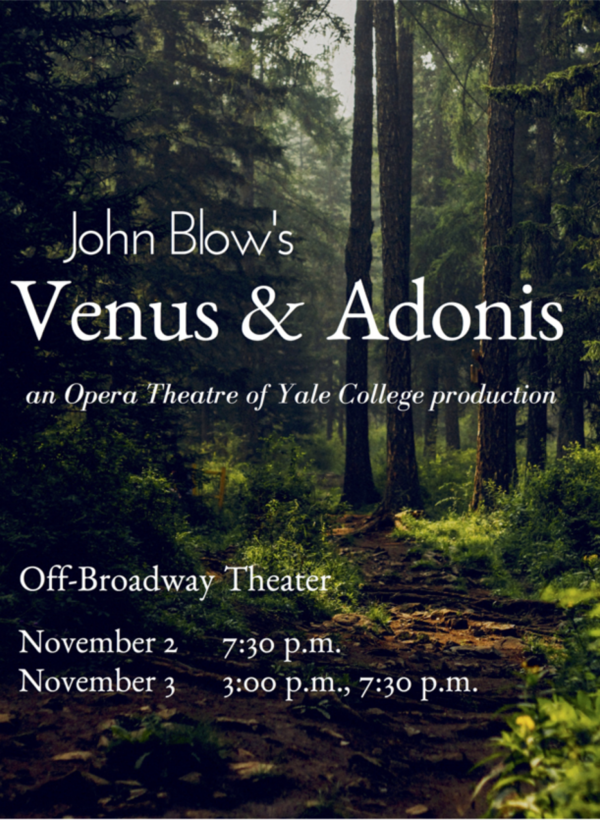 Humans think they can control nature. Gods think they can control humans. But ultimately in John Blow’s (1649-1708) Venus and Adonis, no one has control over anything. Adonis is mortally wounded in a boar hunt, ending his relationship with Venus as quickly as it had begun. Widely considered the first English-language opera, Venus and Adonis is a pastoral retelling of Ovid’s timeless story.

Performed November 2nd and 3rd, 2018, at the Off-Broadway Theatre at Yale University.